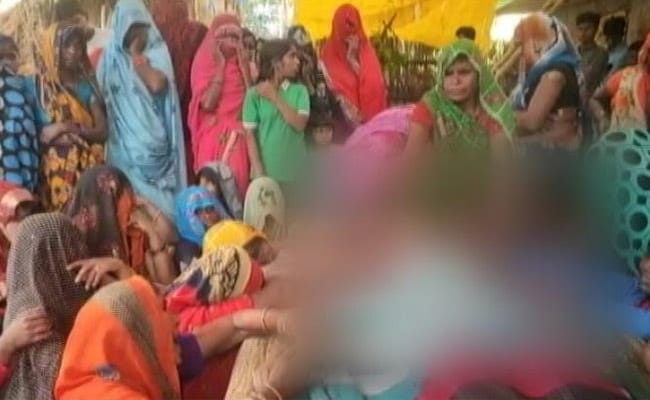 UP lightning strike: The majority of deaths were reported in rural areas.

At least 40 people, including women and children, have been killed by lightning in Uttar Pradesh as many places in the state received pre-monsoon showers on Sunday. The majority of the deaths – 14 – were reported in Prayagraj district.

Chief Minister Yogi Adityanath has announced a compensation of Rs 5 lakh each to the family of those killed. The state government announced that financial help will also be provided to those who lost their livestock in rain-related incidents.

The majority of deaths were reported in rural areas across the state. Most of them were children and women.

While Prayagraj reported 14 deaths, five deaths each were reported in Kanpur and Fatehpur districts. In Kaushambi, four people died due to lightning strike while Firozabad, Unnao and Rae Bareli reported two deaths each. Hardoi and Jhansi reported one death.

On Saturday, scattered rainfall was reported in Uttar Pradesh and Rajasthan – where 20 people lost their lives in lightning strike.

Fatehgarh was the hottest place in Uttar Pradesh where mercury touched 42.5 degrees Celsius.

“The conditions continue to remain favourable for further advance of southwest monsoon over Delhi, remaining parts of west Uttar Pradesh, some more parts of Punjab, Haryana and Rajasthan during the next 24 hours,” the IMD said on Sunday.