Another trip, one different massive jam.

A TikToker on a motorcycle took a video of the tailback of automobiles from the Bukit Timah Expressway (BKE) to Woodlands Checkpoint to the Johor Bahru Checkpoint on the eve of Chinese New Year.

The TikToker, who calls herself Anda The Sea, uploaded the 75-second video on Jan 21.

She captioned the video: “If you don’t have to go, stay home. Let them go back for CNY”

If you don’t have to go, keep dwelling. Let them return for CNY ❤️ #checkpoint #cny2023

The video begins on the BKE the place the tailback was first encountered.

In the subtitle, she said that the site visitors jam was estimated to be 5 hours.

Two automobiles could also be seen trying to chop queue on the Woodlands Checkpoint Viaduct. 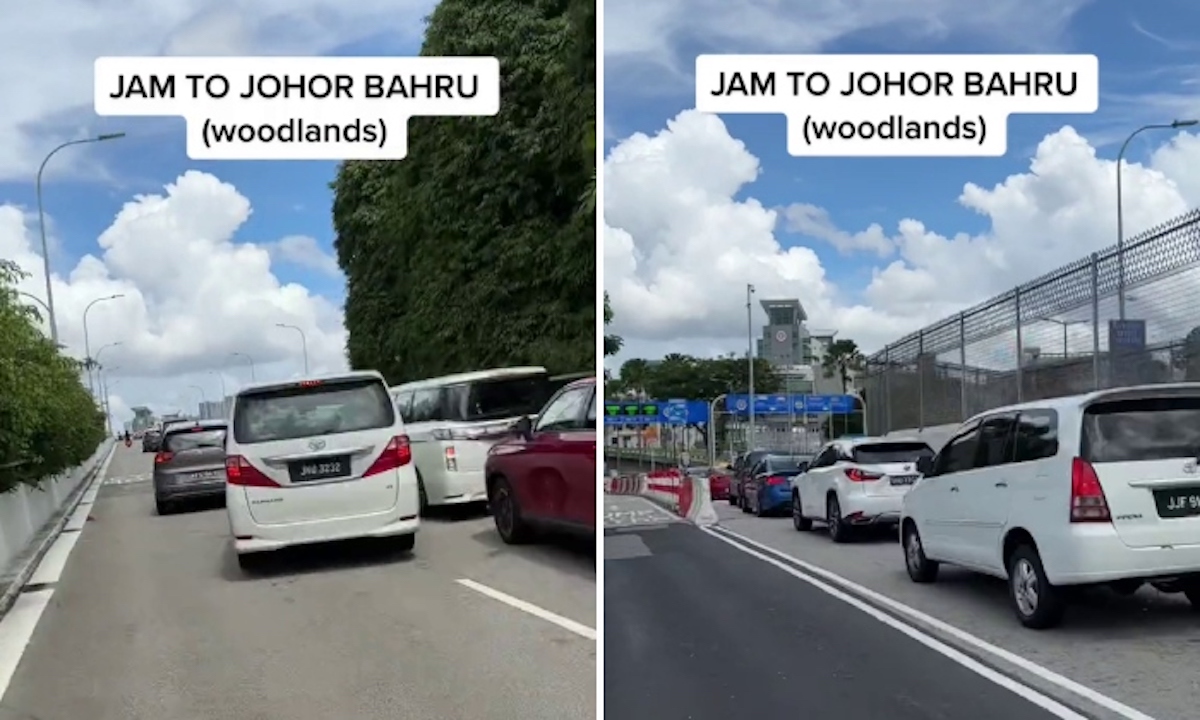 When the video cuts to an prolonged line of automobiles on the Causeway, the subtitle says: “The problem is JB ain’t moving.”

When the TikToker lastly reached the Johor Bahru checkpoint on the end of the video, the subtitle says: “Good luck everyone and I hope y’all reach home in time for CNY dinner.”

On Monday morning (Jan 23), Singapore’s Immigration and Checkpoints Authority (ICA) warned of heavy departure site visitors at Woodlands Checkpoint as a consequence of tailback from Malaysia.

Last week, ICA issued an advisory that regular heavy site visitors was anticipated on the land checkpoints over the CNY trip interval.

ICA said: “Traffic stream by the use of Woodlands and Tuas Checkpoints has returned to pre-Covid 19 ranges all through peak hours.

“During the year-end holiday season in 2022, more than one million travellers passed through both land checkpoints, with about 361,000 crossing daily. There were several instances of extremely heavy departure traffic on the BKE towards Woodlands Checkpoint due to tailbacks from the Causeway.”

“During the peak of Lunar New Year interval in 2019, the frequent prepared time for travellers departing or arriving by automotive by means of the land checkpoints was about three hours.

“ICA anticipates continuous heavy traffic at both land checkpoints with the upcoming Lunar New Year holidays and tailbacks are also expected from Malaysia.”

ICA added: “Those who wish to depart via the land checkpoints by car or bus to Malaysia between Jan 16 and 20 are advised to factor in additional time for immigration clearance.”

Motorists are moreover reminded by ICA to stay away from queue slicing as it would set off excessive congestion and compromise the safety of various motorists.

In a Facebook publish uploaded on Jan 21, Johor immigration authority Bangunan Sultan Iskandar (BSI) moreover urged of us to not decrease queue.

This article was first printed in Stomp. Permission required for reproduction.