Anushka Sharma Stopped For A Pic And Made This “Fan” Very Happy. Wait, Is That Virat Kohli? 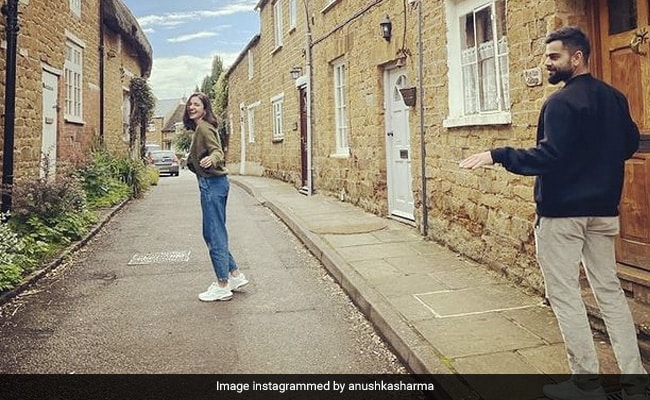 Anushka Sharma on the streets of UK (courtesy anushkasharma)

Anushka Sharma shared a bunch of photos from the UK, where she is with husband Virat Kohli. She added an ROFL caption to her post and wrote: “Was just casually prancing around town. Running a hand through my hair. A fan spotted me. I obliged for a picture. He seemed happy. Anything for my fans.”

Anushka Sharma was last seen in 2018 movie Zero, after which she produced OTT projects such as Paatal Lok and Bulbbul. Anushka’s next production Qala, a Netflix original movie, will mark Irrfan Khan’s son Babil’s acting debut.