Avinash Sachdev On Break-Up Rumours With Palak Purswani: “We’ve Not Quit But There Are Trust Issues” 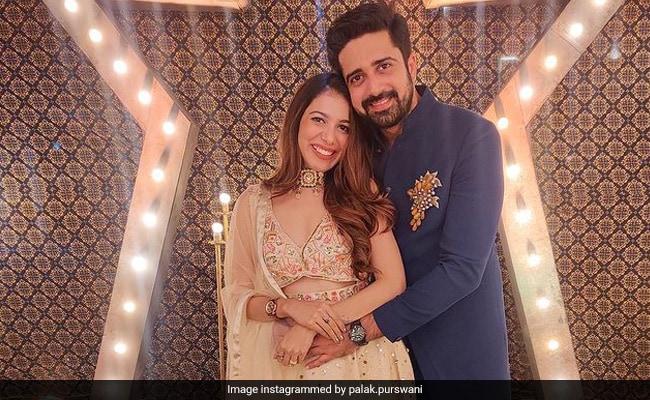 Avinash Sachdev, in a conversation with Spotboye, opened up about split rumours with fiancee and actress Palak Purswani and stated that they “haven’t quit” yet but there are some “trust issues.” Reports about Avinash Sachdev and Palak Purswani’s split have been doing rounds on the Internet since the duo unfollowed each other on Instagram. Now, talking about his current equation with Palak Purswani, Avinash Sachdev told Spotboye: “We have not quit our relationship. I would say we have taken a pause. Due to the lockdown, we were not getting a lot of time to spend with each other. She stays with her family and I have to take care of mine. I agree every couple needs some space but too much space is also not good I feel. Some misunderstanding has happened between us and also some trust issues. We haven’t broken up but yes differences have surely come.”

“We haven’t decided on anything for now as our families are involved and we have to be responsible. We haven’t stopped talking to each other completely. We talk about work related things as we are business partners also. For now, taking no decision is a good decision, I would say. Let’s see how things go ahead,” the actor added.

Avinash Sachdev and Palak Purswani got engaged in January this year. The duo were also seen together as wild card contestants in dance reality show Nach Baliye 9. Recently, Palak Purswani also addressed the break-up rumours and told ETimes in an exclusive interview that she and Avinash are “going through a rough phase” and “are taking some space off.”

She told the publication: “There have been some misunderstandings between us and yes of late, it has been a rollercoaster ride. But we are trying to make things better. However, we are busy with our work commitments and hence haven’t really got that much time to sit and talk to each other. All I can say is that right now we are taking some space off. There is a communication gap which we need to bridge.”

“It is a part and parcel of life. We had a roka ceremony in January this year and our families are involved, so we cannot just take impromptu decisions. We cannot just one fine day say you go your way and I will go my way. There are so many things involved like our restaurant too which we opened when our Roka happened in January. It (lockdown) has affected many relationships. We too are going through a rough phase, but I think we will overcome it,” she added.