Bones Found In Pyrenees Mountains Could Be Of British Hiker Who Went Missing In November: Report 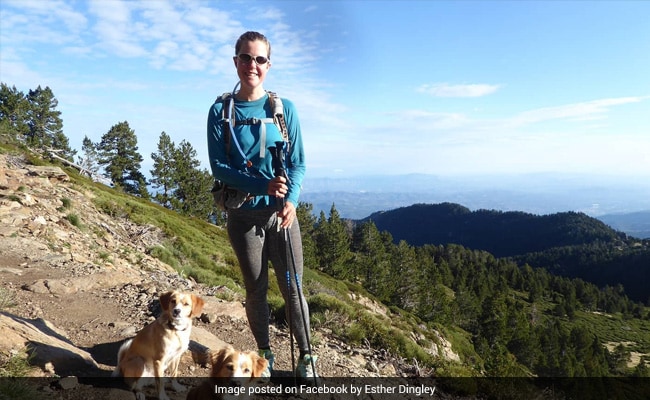 Human bones found in the Pyrenees mountains on the border between France and Spain could belong to a British hiker who went missing in November, a source close to the investigation said Wednesday.

Esther Dingley has not been heard from since sending a WhatsApp message on November 22, having driven to the Spanish side of the mountains before French authorities imposed a second coronavirus lockdown at the end of October.

The discovery of the bones was made near a hiking trail close to Bagneres-de-Luchon on the French-Spanish border, along with human hair and animal remains.

Hikers found the remains and alerted Spanish police, who determined that they were actually located on the French side of the border.

The presence of animal remains suggests that the human bones “were probably carried there by an animal”, said the source, who asked not to be named.

This, the source said, would explain why they were not found earlier during extensive searches of the area by police.

The find has been sent to a police forensic laboratory in the regional capital Toulouse for DNA testing.

Dingley planned a hike around the Salvaguardia peak, spending one night at a refuge on the French side, according to police.

Her boyfriend Dan Colegate, who had remained in France, alerted the Spanish authorities after several days with no news.

Police on both sides of the border conducted a search with help from a helicopter, but quickly concluded that the chances of finding Dingley alive were low given the cold at the altitude — Salvaguardia reaches 2,738 metres (8,983 feet).

Dingley and Colegate had been travelling by camper van across Europe for the previous six years, according to a BBC profile of the couple.

25 Best National Parks in the USA