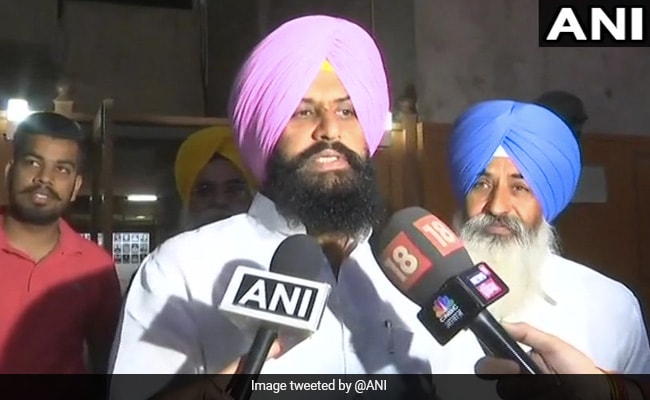 The case was registered against the Atam Nagar MLA and six others on the directions of a court in Ludhiana.

According to a complaint lodged by a 44-year-old woman, Mr Bains allegedly raped her on several occasions in his office on the pretext of helping her financially.

After the death of her husband, the woman’s financial position became weak as the business of her son was virtually closed and their landlord started asking them to vacate the premises. Then someone introduced her to Bains, she said in her complaint.

However, Mr Bains had earlier denied the allegations levelled against him by the woman.

The complainant stated before the court that she is a widow and a rape victim who has been running from pillar to post for more than one year to get justice.

Last week, the court of the additional chief judicial magistrate had ordered the Ludhiana police commissioner to register a case against the MLA.

Inspector Amandeep Singh Brar said an FIR has been registered against all the seven accused, but no arrest has been made so far.

Esha Deol Is Now A Producer. Her First Film Is Ek Duaa