Esha Deol Is Now A Producer. Her First Film Is Ek Duaa 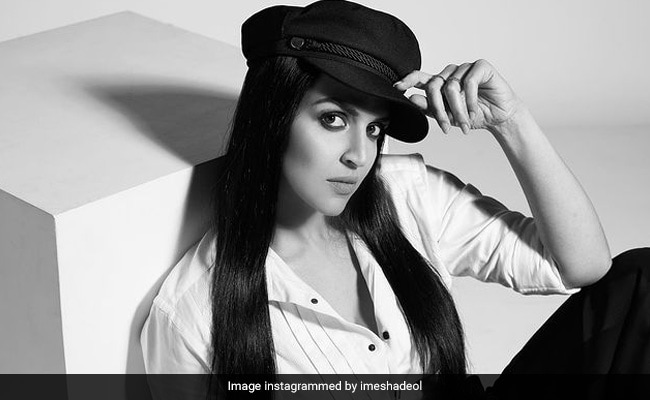 Actress Esha Deol has added a feather to her hat as she announced her production company Bharat Esha Films, on Monday. Esha Deol co-owns the production company with her husband Bharat Takhtani. Esha shared the news through an Instagram post. She shared a picture of herself and a picture of her production company’s logo. In the caption of the post, she also announced her first film as a producer – Ek Duaa. “Overwhelmed to share with you all that under the banner of Bharat Esha Films (BEF) we are launching our first film as producers- Ek Duaa,” Esha Deol wrote in the caption of the post.

She went on to share that she “felt a deeper connect with the script” of Ek Duaa and that is how she knew that she “had to support the film.” Esha wrote: “When I was approached with ‘Ek Duaa‘ as an actress, I felt a deeper connect with the script. I just knew, I had to support the film, the cause, and would want to be associated with it as a producer too.” She added: “It opened the doors for Bharat and me to start another innings as partners.” The film will be directed by Ram Kamal Mukherjee.

Many fans of the actress commented on her post. Among others, Esha’s No Entry co-star Celina Jaitly commented on the post. “This is fabulous Biyara wishing you, Bharat and Ram Kamal Mukherjee the best,” she wrote.

Besides turning a producer, Esha Deol is also all set to make her digital debut with the web-show Rudra – The Edge Of Darkness. The project is being headlined by Ajay Devgn and it will release on Disney + Hotstar later this year.

Three Arrested In Kashmir For Circulation Of ISIS Propaganda