F.R.I.E.N.D.S Reunion Special: “The One Where Everyone Is Grateful” For The Emmy Nominations 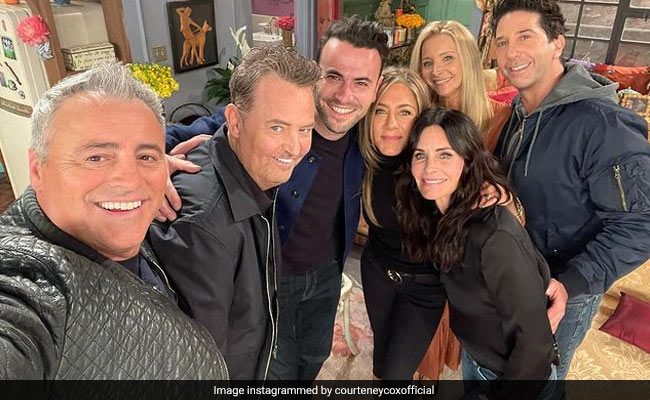 Courteney Cox, who was the only F.R.I.E.N.D.S star to have never received an Emmy nomination expressed gratitude to the “Academy for the honour.” She shared a picture from the set of the reunion special episode of the show on Instagram and wrote: “The one where we are incredibly grateful to the Academy for this honor and especially thankful for Ben Winston and his entire team for their outstanding achievement.”

Lisa Kudrow also shared a picture from the set of the show and congratulated Ben Winston, who directed the reunion special episode. “Congrats to Ben Winston and #friendsreunion for 4 Emmy nominations! Thank you academy,” Lisa Kudrow wrote in the caption.

Matt Le Blanc also shared a picture from the reunion episode and expressed gratitude for the nominations in the caption. “Thank you Academy and congratulations to Ben Winston. We’re all very grateful. It was so much fun. #friendsreunion,” he wrote.

Jennifer Aniston, on the other hand, shared a post by Ben Winston on her Instagram story. “Congrats to F.R.I.E.N.D.S family on four Emmy nominations. This was such a special reunion for us and we couldn’t be happier to share it all with you,” Jennifer Aniston wrote along with it. 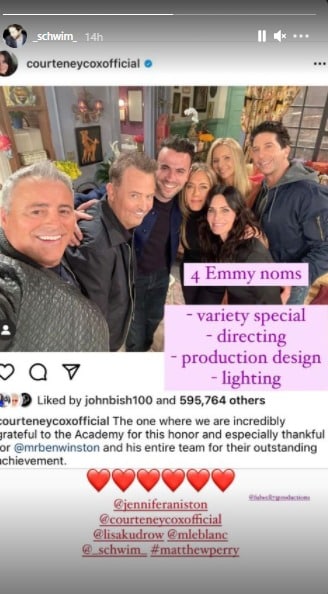 As mentioned above F.R.I.E.N.D.S Reunion Special episode premiered on HBO Max and Zee5 on May 27. The show received a lot of love from fans across the world.

Opinion: “The PK Plan” – What The Gandhis And He Have Discussed