Fire At Open Godown In Delhi Doused After 10 Hours 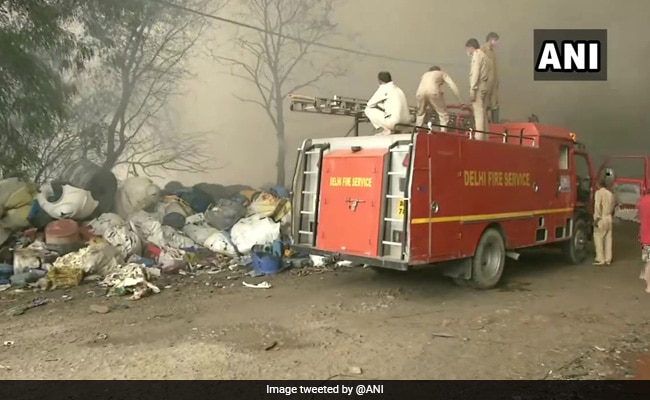 More than 200 personnel and over 40 fire engineswere deployed to contain the fire.

It took over 10 hours for more than 200 fire-fighters to douse the blaze at an open godown in Tikri Kalan area where a major fire broke out on Sunday night, Delhi Fire Service (DFS) officials said.

However, no casualty was reported, they added.

PVC materials in huge quantities were stocked up at the open godown and the fire spread at a faster pace due to high wind speed last night, a senior fire official said on Monday.

“The fire was brought under control by 7 am. Twenty fire-tenders are still working at the spot where the cooling process is underway but the process will continue for longer period because of the nature of materials that were stored at the open godown,” he said.

Since, the godown did not have a boundary wall, the risk of fire spreading to other adjoining areas were high. The fire was, however, brought under control in the late night operation.

DFS Director Atul Garg said a call about the fire in PVC market was received around 8.35 pm on Sunday. The fire that started from the open godown had spread over a large area.

More than 200 personnel and over 40 fire engines were deployed to contain the fire, he said, adding the cause of the fire is yet not known.

This is not the first time that a major fire has occurred at PVC market in Tikri Kalan area.

On May 24, a medium category fire took place at the market and a total of 32 fire tenders were used to contain the massive fire that started from a plastic waste spread in an open area of approximately three acres, the DFS officials said.

Lightning Kills Selfie-Takers In Jaipur, Another 37 In UP