Fire Breaks Out At Open Godown In Delhi, Over 40 Fire Engines Deployed 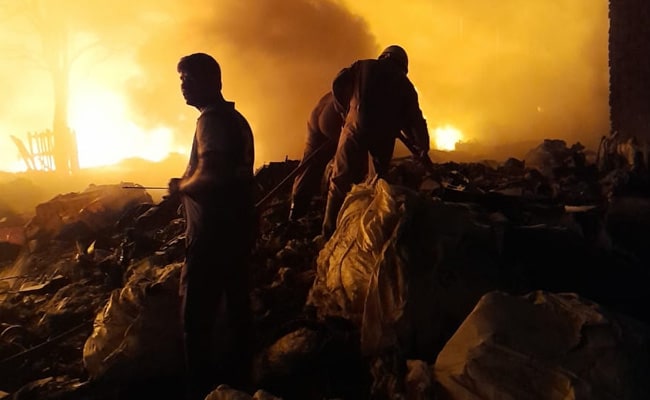 No casualty was reported so far: Official

A major fire broke out at an open godown in the Tikri Kalan area on Sunday night, Delhi Fire Service (DFS) officials said.

No casualty has been reported so far, they added.

“A call was received around 8.35 pm about a fire in PVC market. The fire is mainly in an open godown which is spread over a large area. No casualty was reported so far,” said Atul Garg, Director of DFS.

More than 200 personnel and over 40 fire tenders have been deployed to contain the fire, he said.

One More Arrested In Case Related To Slogan Shouting Against UP Minister: Police