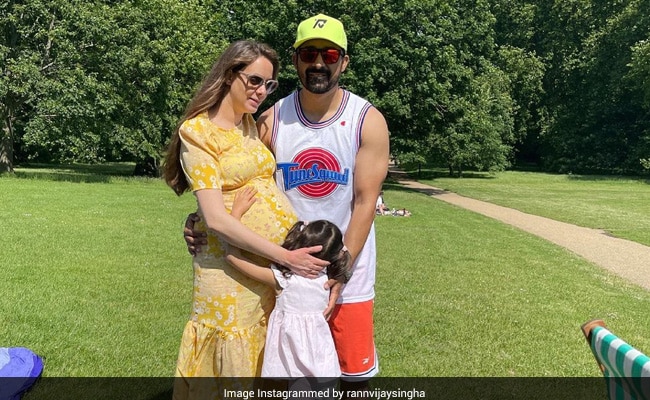 Rannvijay Singha, who recently welcomed his second baby with his wife Prianka, on Tuesday, shared the first picture of his little one. In the picture, we get a glimpse of Rannvijay’s baby boy’s tiny fingers holding on to Rannvijay’s thumb. The actor did not reveal his baby’s face in the picture. Sharing the picture on Instagram, Rannvijay wrote: “#Grateful #blessed #satnamwaheguru.” The first picture of Rannvijay Singha’s second baby boy prompted scores of comments from his fans on Instagram. Besides his fans, the post received comments from celebrities as well. Among others, Sophie Choudry and Varun Sood commented on Rannvijay’s post. “Huge congrats to you and Prianka.. God bless the little one,” Sophie wrote in her comment, while Varun Sood wrote: “My god.”

Take a look at the first picture of Rannvijay Singha’s second baby here:

On Monday, Rannvijay announced the birth of his second baby with a picture of a little football jersey and a pair of tiny sneakers. Congratulatory wishes poured in for the actor and his wife on the post. VJ Nikhil Chinapa and actress Neha Dhupia are among the ones who congratulated the couple.

Rannvijay Singha and Prianka announced their pregnancy in March this year. Rannvijay shared a picture of himself, Prianka and their daughter Kainat. The picture features Rannvijay and Kainat with their hands on Prianka’s baby bump.

Rannvijay and Prianka got married in April 2014. The couple welcomed their first child – a baby girl – in January 2017.