Gul Panag Opens Up About Dealing With Bad Days: “I Go Into A Room And Cry” 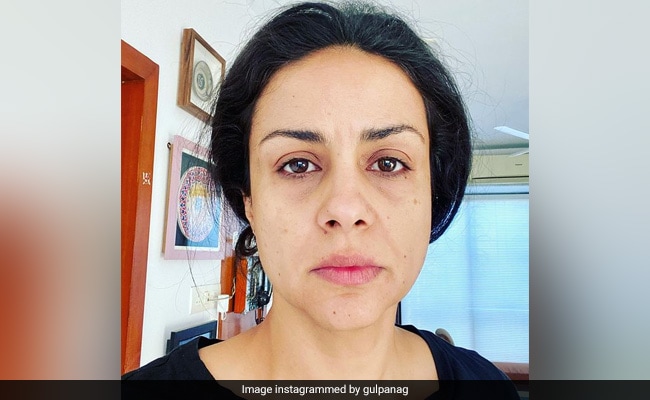 Gul Panag, who recently shared her story of triumph on Instagram, followed it up with a post about normalising talking about having bad days. “It’s not all joy and achievement. And goal accomplishment. I have bad days too,” read an excerpt from the 44-year-old actress’ post. Gul Panag’s lengthy Instagram note arrived with a no-filter selfie of her very real self, which she described in these words: “This picture is taken on a bad day. I also get overwhelmed. I also feel helpless and hopeless at times. I also go into a room and have a cry. Every achievement, big or small, is punctuated by days when you feel you are worthless, that you are going to fail. Or that you can’t go on.”

In her post, Gul Panag listed down the few things that help her cope with difficult times: “I have some tools that I’ve acquired over the years that help me cope on bad days. One is to go for a run (not a workout, because that takes greater will). The second is to hit pause, and quickly list out five things I’m grateful for in that moment.”

Gul Panag, who received a whole lot of love on her previous post about becoming a pilot, added that experiencing bad days are a part and parcel of her life: “Why am I sharing this? Because I want you all to know that I’m humbled when so many of you say kind things to me. That I inspire you. (That is a huge responsibility). I want you all to know that it’s not all dream chasing and goal setting and achieving. It’s not all slaying. I don’t have it all together. No one does.”

In her previous post, Gul Panag’s wrote about how her dream of becoming a pilot came true: “Set a goal. Make a plan. Go for it! When I got my Private Pilot’s License five years ago, it was the culmination of a long cherished dream. A dream that would have remained a dream without an action plan. Making a plan isn’t good enough. One has to regularly check-in and see what progress has been made, and re calibrate the plan if need be.”

Gul Panag’s husband Rishi Attari is also a pilot – the couple are parents to son Nihal. Gul Panag, a former Miss India, participated in the Miss Universe 1999 pageant. She debuted in Bollywood with 2003 film Dhoop and is known for starring in films such as Dor, Jurm, Manorama Six Feet Under, Hello and Straight, among others. In terms of work, Gul Panag was last seen in Prime Video web-series Paatal Lok, in which she co-starred with Jaideep Ahlawat. In films, she was last seen in 2019 movie Bypass Road.