High Debt, No Jobs Due To Lockdown Force Assam Villagers To Sell Kidneys 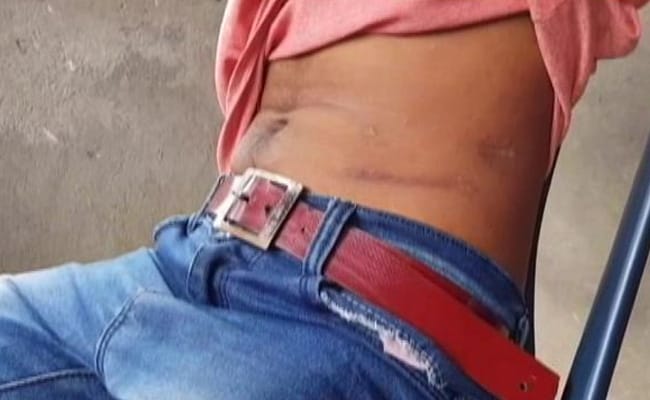 A man who sold his kidney shows surgery marks. A big kidney racket has been busted in Assam

A big human organ trafficking racket that persuaded villagers in debt to sell their kidneys has been busted in Assam. Three people have been arrested, the police said, in the case linked to Assam’s Dharamtul village where at least a dozen villagers have sold their kidneys to organ traffickers.

Poverty, micro-finance loan debts and the promise of easy money have pushed villagers to sell their kidneys. The incidents have increased in the last one year when villagers struggled for income amid the lockdown necessitated by the COVID-19 pandemic.

Sumanta Das, 37, is a mason who has been out of work since the lockdown began last year. His son needed a heart operation, but with no construction activities amid the pandemic, there was no money in hand. Mr Das, in desperate need of money, sold his kidney. He was promised Rs 5 lakh, but got only a fraction – Rs 1.5 lakh. With a kidney gone, he can’t do hard labour anymore to earn a living.

“I could not properly treat my son. He has a hole in the heart. We got only Rs 1.50 lakh. Now I have health issues. I can no longer lift heavy stuff and often feel tired,” said Mr Das.

His wife, Sabitri, shows her micro-finance loan book. “We have three children. We have a debt of micro-finance loan and every day the finance guys come home asking for money, so we thought this was a way out. We thought we would treat our child and pay off the debts,” she told NDTV.

Mr Das’s village is in Assam’s Morigaon district, 85 km from main city Guwahati. Dakhin Dharamtul is the centre of a huge organ racket. The local Village Defence party (VDP) blew the lid off the racket when they caught a woman and her son as they were about to sign a deal with a villager for the sale of his kidney.

Three people have been arrested and over a dozen have given statements that they were lured into selling their kidneys. Most of them never got the promised sum. The kidney transplant operations were done at a Kolkata hospital, which was already on the radar for illegal transplants.

The VDP members who unearthed the racket said the first few victims who sold their kidneys did so four-five years ago, but in the past one year the racket peaked, taking advantage of poor people forced out of work due to the lockdown.

“This illegal trade has been going on for about five years. People go to Kolkata and sell off kidneys. We were tracking this. All this while we were not able to bust this racket,” VDP Secretary Minu Das told NDTV.

Though the villagers in Dakhin Dharamtul were able to catch the agent who used to visit them and people in the kidney racket, they feel this was just the tip of the iceberg. They have asked the police to investigate the tentacles of the racket.

Women too have fallen prey to organ traffickers. Krishna Das, whose husband is differently abled, had loans to repay and was in a desperate situation. “I don’t have other means of income. I had taken a micro-finance loan from Bandhan of Rs 70,000. We also owed to the village money lender, so we were left with no option. They promised me Rs 4.5 lakh, but got Rs 1 lakh less,” she said.

As the news spread about the arrests spread, many who had gone to sell their kidneys are returning from Kolkata in fear. “I had to pay a monthly loan instalment of Rs 5,000 and for the last one and a half year, there is hardly any work. The lockdown hit us badly. I was contemplating whether I should do it or not, and finally I fled from the traffickers in Kolkata with my wife,” said Nitu Mandal, breaking into tears.

“As per preliminary investigation, we have got some donors who sold kidneys. Now we are tracking the middlemen and the recipients as well,” Morigaon Superintendent of Police Aparna Natarajan said.