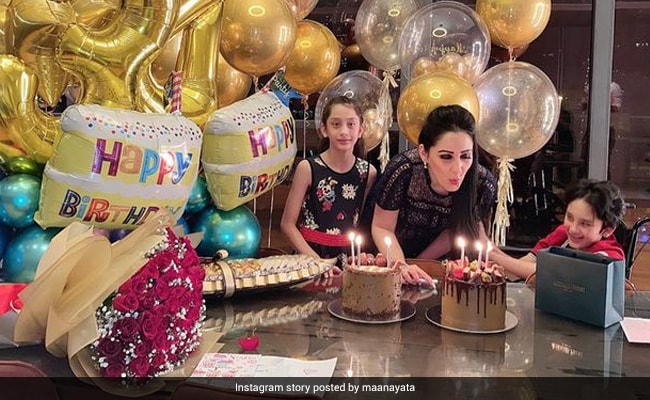 Maanayata Dutt shared pictures from her birthday celebrations with her kids Iqra and Shahraan by her side. She shared photos from her birthday festivities at home on her Instagram stories on Thursday. No caption needed. Maanayata Dutt also gave us a glimpse of her birthday cakes (there were 3). In an Instagram post earlier this morning, she shared a picture of herself and she wrote in her caption: “With age comes gratitude and the knowledge that with every passing year we are privileged, and being grateful becomes a daily ritual that enhances our lives in so many positive ways… #celebratinglife.”

See the pictures shared by Maanayata: 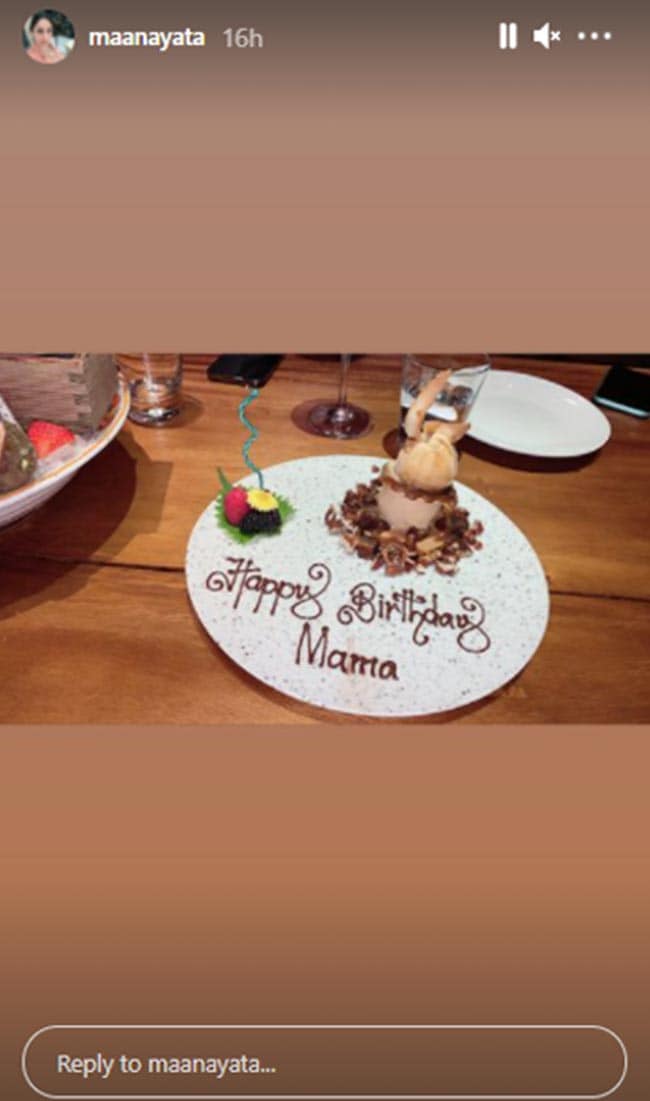 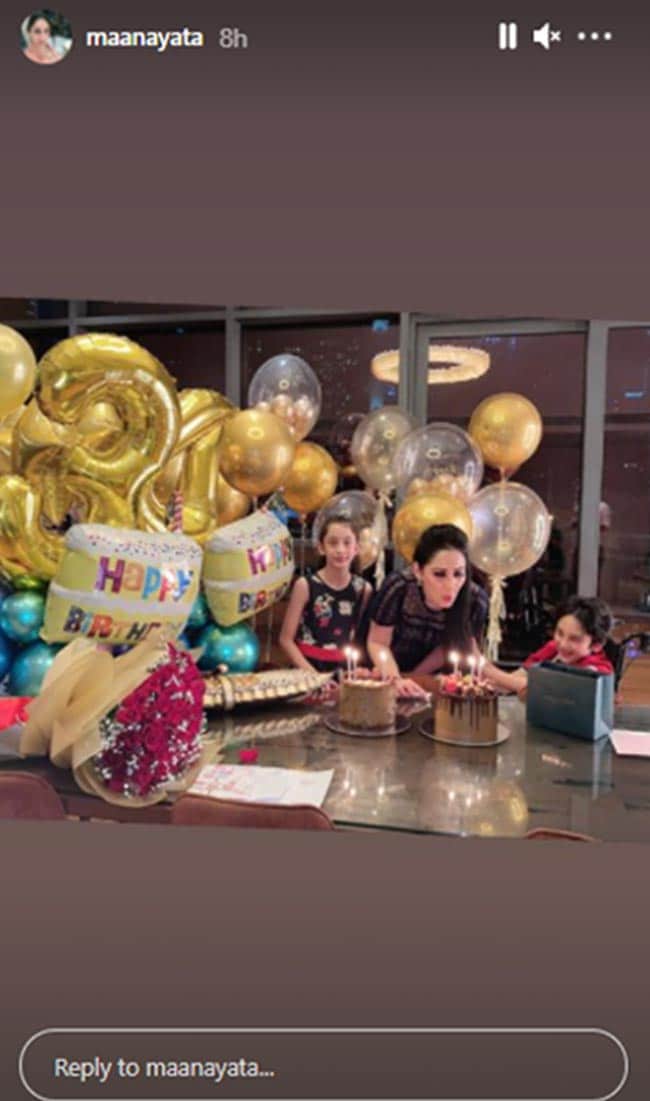 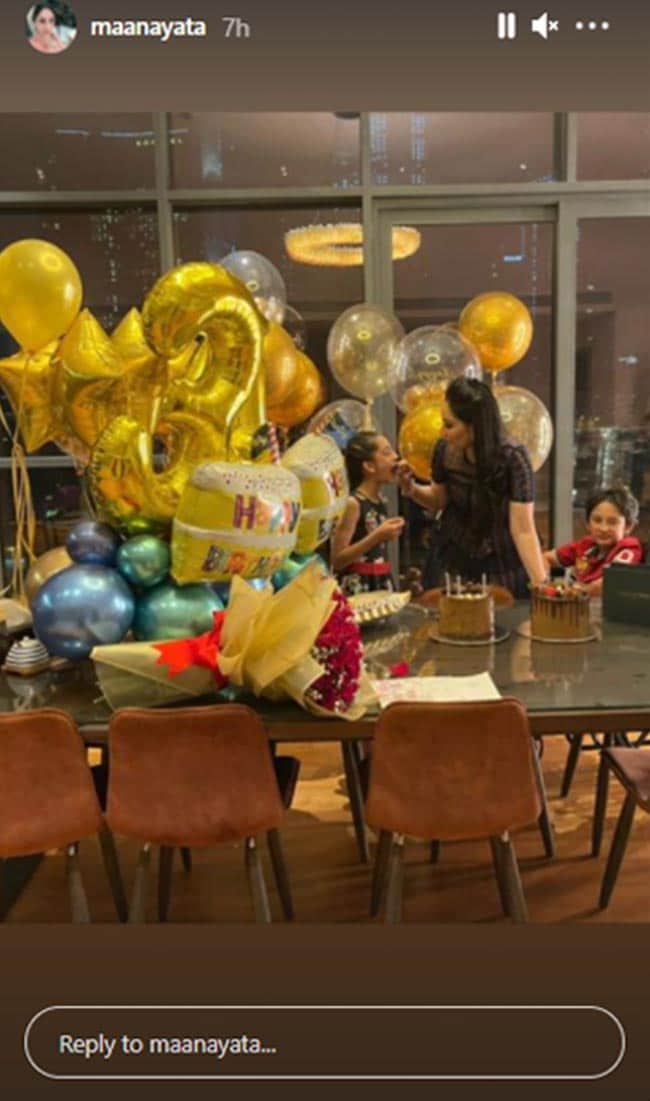 On his wife’s birthday, Sanjay Dutt shared a special post for Maanayata and he wrote: “You are the backbone of our family and the light of my life. Words fail to express all that you mean to me but you know it all too well. Thank you for always being there and being you.”

Sanjay Dutt married Maanayata in the year 2008 and the couple are parents to 10-year-old twins Shahraan and Iqra. The actor was earlier married to Richa Sharma, who died of brain tumour in 1996, with whom he has daughter Trishala. She stays with her grandparents in the Unites States Of America. Maanayata produced the 2019 film Prassthanam.

Here’s How Hard Tiger Shroff Is Training For Heropanti 2