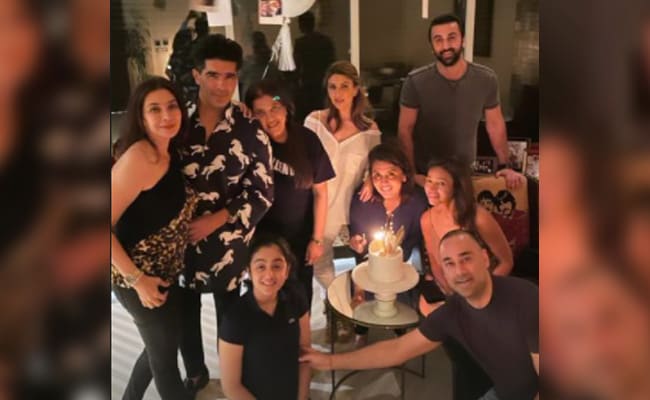 Riddhima Kapoor Sahni also shared several pictures on her Instagram story. Among others, there was a picture of the whole gang standing around Neetu Kapoor’s birthday cake.

Check out the picture here: 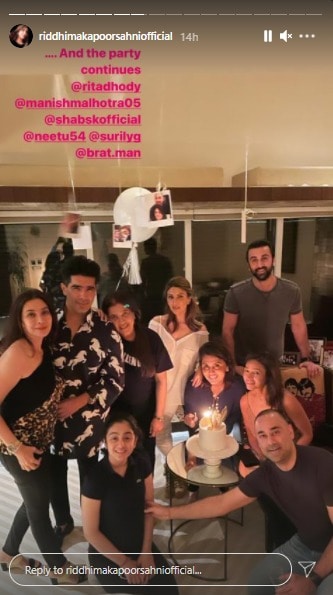 Earlier on Thursday, Neetu Kapoor celebrated her birthday with her family. Randhir Kapoor, who is the brother of Neetu Kapoor’s late husband, actor Rishi Kapoor, was also present for her birthday celebrations. Randhir Kapoor’s daughters and actresses Kareena Kapoor and Karisma Kapoor also joined the party. Among others, Ranbir Kapoor’s girlfriend, actress Alia Bhatt, was also present during the celebrations. Alia wasn’t alone as her sister Shaheen Bhatt and mother Soni Razdan also joined her for the house party.

Here’s a picture from Neetu Kapoor’s birthday celebrations with her family: 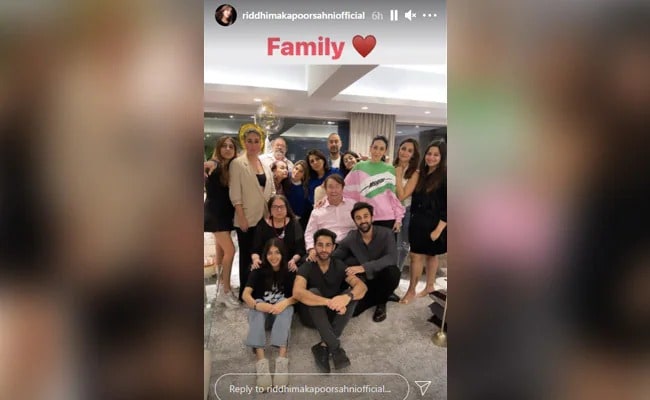 In terms of work, Neetu Kapoor will next be seen in Jugg Jugg Jeeyo, co-starring Anil Kapoor, Varun Dhawan and Kiara Advani.