“I’ve Caused Enough Hungama”: Meezaan Jaaferi On What He Said About His Rapport With Navya Naveli Nanda 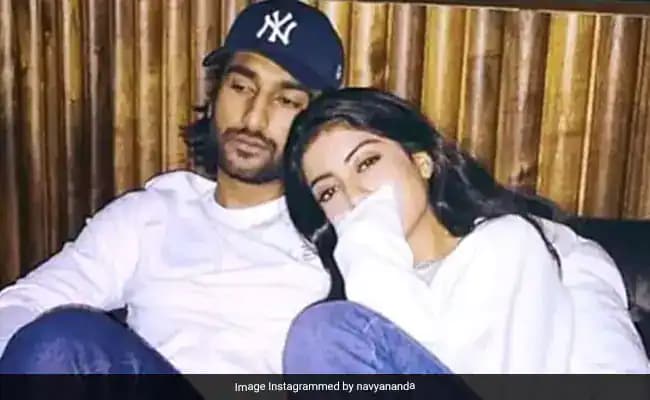 Actor Meezaan Jaaferi, son of Jaaved Jaaferi, said that his recent comments on his rapport with Amitabh Bachchan’s granddaughter Navya Naveli Nanda have created “enough hungama (ruckus)”, in an interview with Bollywood Hungama. Meezaan Jaaferi was referring to a previous interview with ETimes, in which he had described Navya Naveli as a “close friend” and said it was “awkward” for him to deal with speculation about whether or not he’s dating Navya. In the recent Bollywood Hungama interview, Meezaan was asked about dealing with media glare, when he said: “You’re actually talking about my whole experience with the Navya thing, when we got pictured outside a movie theatre. We’d gone to see a movie. There were others, as well but no one wrote about them or mentioned them. We dealt with it, I’ve spoken a lot about it, as well. I’ve caused enough hungama (ruckus) with whatever I’ve said, so I’m not going to say anything more. So, I’ll leave it at that.”

In the ETimes interview from earlier this month, Meezaan had said: “At that time, it was awkward for me to enter my own house. My parents were giving me looks. And they were like ‘what is this?’ and I was like ‘even I don’t know’. I last went there (Jalsa) when they hosted a Diwali bash. The entire industry was there.”

Talking about Navya, Meezaan had added: “Honestly, me and Navya are really close friends and I think because of me, her name has come up in a lot of places and that is unfair. It’s her private life. I don’t want to include any of her family. It’s really unfair to be talking about someone else at this point of time.”

Earlier, Meezaan had said that he and Navya are part of the same circle of friends and that his sister Alaviaa Jaaferi is one of Navya’s closest friends. Earlier this year, Navya had wished Meezaan on his birthday with a simple Instagram story. Meezaan Jaaferi is also often spotted posting adorable comment on Navya’s Instagram posts.

Meezaan Jaaferi, who made his Bollywood debut with the film Malaal, will next be seen in Priyadarshan’s Hungama 2, also starring Shilpa Shetty. Meanwhile, Navya Naveli Nanda is the co-founder of a health portal titled Aara Health. She has also started her new venture -Project Naveli – which aims to empower women by addressing the issue of gender inequality in India.