J&K Teacher, A Terrorism Victim, Among Those Fired Without Inquiry 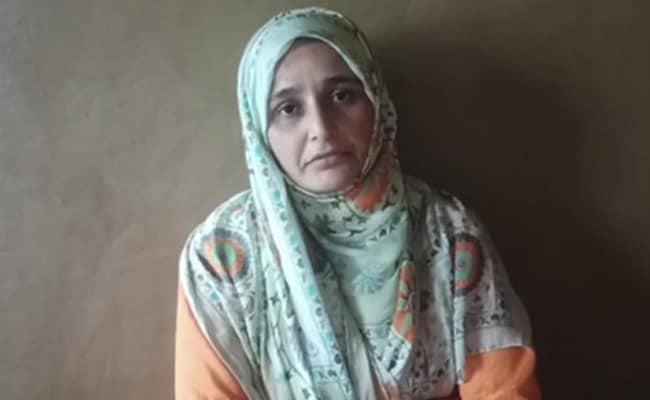 Razia Sultana said she wants to know why she has been sacked.

Twenty years after the government appointed her as a teacher on compassionate grounds following the killing of her father by unknown terrorists, Razia Sultana has been sacked by the Jammu and Kashmir administration in the interest of the security of the state.

The law invoked to dismiss Ms Sultana provides for the sacking of a government employee without an inquiry or a chance to explain her position.

The head teacher of Middle School Khiram in Anantnag district received an order of her dismissal. No reason has been given for her sacking by the government.

“I am surprised, rather shocked, to know about termination of my services. I strongly object to the accusations which are baseless and imaginary. I have never been involved in any undesirable and unlawful activity. I request the state government to provide me details as I know nothing about my case,” said Razia Sultana.

Her father Mohammad Sultan Bhat, a member of Jamaat Islami was kidnapped and subsequently killed by unknown terrorists in 1996. Mr Bhat had contested 1987 elections as a candidate of the Muslim United Front or MUF. In 2000, she got her job on compassionate grounds after due process of the police and security verification followed in such appointments.

On Friday, the government order said, “Lt Governor is satisfied under sub-clause (c) of the proviso to Clause (2) of Article 311 of the constitution of India that in the interest of the security of the state, it’s not expedient to hold an inquiry in case of Ms Razyah Sultan head teacher in government Middle School Khiram, Anantnag”.

Ms Sultana is among 11 government employees who have been fired.

Among them, two sons of the most-wanted terrorist leader Sayed Salahuddin who is based in Pakistan for the last 30 years.

Both sons, Sayed Shakeel and Sayed Shahid have been arrested by National Investigation Agency or NIA in 2018 and 2019 in a case related to terrorist funding.

A policeman Abdul Rashid Shigan has also been sacked. He was arrested by the police in 2012 for running a terrorist racket in the city and involved in 13 attacks and the killing of several policemen and civilians.

But despite being involved in a series of attacks and killings, the terrorist-cop came out of jail and rejoined the police. How he managed the feat remains a mystery, said an official.

Since April this year, the Union Territory administration has sacked 18 government employees using Article 311 of the constitution where no inquiry is required. Ms Sultana is the only woman employee who was sacked.

“I want to know what is my crime. I request Lt Governor provide me with basic details on what is my fault. Why I have been sacked,” said Ms Sultana.