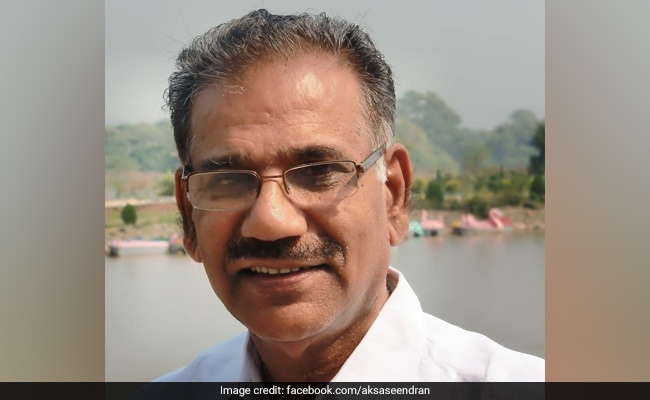 Mr Behanan has also urged Chief Minister Pinarayi Vijayan to remove the minister, who has been accused of intervening in a case of molestation filed against a leader of the NCP. The minister belongs to the same party.

Mr Behanan has said, “A Minister himself has become a threat to the security of women in the state. So, the Chief Minister should summarily remove AK Saseendran, state minister for forest.”

An alleged voice clip of the minister speaking to the victim’s father has emerged in this connection.

The minister has denied all the allegations and said he called the father of the complainant without knowing about the harassment case.

“I had called him after knowing there was some issue in the party and was telling the NCP assembly constituency president to see what the issue is. I didn’t know that it was a woman’s complaint,” said Mr Saseendran.

Meanwhile, Youth Congress supporters held a protest at Kozhikode, demanding the minister’s resignation. “The Forest Minister has committed a serious offence by trying to influence the woman to settle the harassment complaint. He has no moral grounds to continue in office,” said Leader of the Opposition in Assembly V D Satheesan.

BJP state president K Surendran has also demanded the resignation of the minister. “He has breached the oath of office. The minister should step down,” he said.