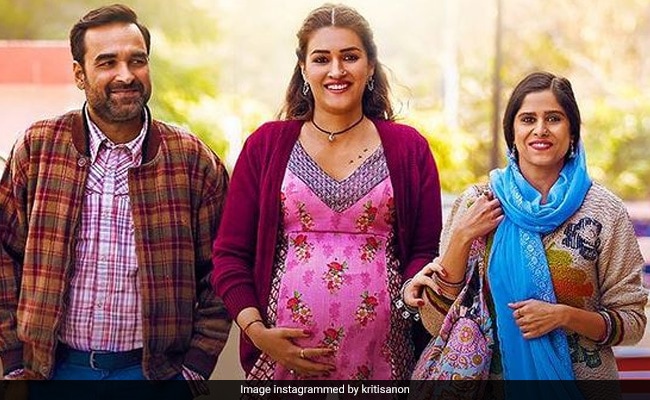 The trailer of Mimi released on social media on Tuesday and it started trending big time. The film that features Kriti Sanon in the titular role, showcases her journey from being an ambitious dancer in a small town to discovering about surrogacy and embracing motherhood whole-heartedly. Of course it isn’t as easy as it sounds. The trailer showcases the roller-coaster ride of events. From finding an ideal place for Mimi to stay, hiding her pregnancy, dealing with her dramatic parents (Supriya Pathak plays her mom). The circumstances that follow in the next 9 months of Mimi being a surrogate mother are a melting pot of emotions – as is the trailer. Pankaj Tripathi as Mimi’s friend stands by her through thick and thin and serves well with the one-liners and his amazing comic timing. The film, also starring Sai Tamhankar and Manoj Pahwa, has been directed by Laxman Utekar and it has been produced by Dinesh Vijan. AR Rahman has composed the music for the film.

Simply put, the trailer is making it hard for us to wait for the film’s release.Mimi will release on Netflix on July 30. Without much ado, take a look at the trailer here:

Kriti Sanon, sharing the film’s trailer wrote: “Mimi expected everything, except for this unexpected journey! Here is my Mimi for you! Watch the glimpse of her unexpected story with your family. Mimi Trailer out now. Releasing on 30th July on Netflix.