Ravi Shankar Prasad is the former Law and IT minister (File)

Former IT Minister Ravi Shankar Prasad on Monday commended his successor Ashwini Vaishnaw for “firmly reiterating the new IT Rules… empower safety and security of users”.

Mr Prasad – who frequently sparred with Twitter over its compliance with the rules till he was replaced last week – also offered the social media giant a scrap of praise, saying it was “assuring to note… has taken some steps to comply with the new rules”.

“Greetings to the new IT Minister Ashwini Vaishnaw for firmly reiterating that the new IT Rules are designed to empower the safety and security of users against misuse and redress their grievances. Assuring to note that Twitter too has taken some steps to comply with the new rules,” he said.

Greetings to the new IT Minister @AshwiniVaishnaw for firmly reiterating that the new IT Rules are designed to empower the safety & security of users against misuse and redress their grievances. Assuring to note that Twitter too has taken some steps to comply with the new Rules.

On Sunday Mr Vaishnaw – one of several new faces in the union cabinet after last week’s reshuffle – said he had “reviewed implementation and compliance of” the IT Rules.

Mr Vaishnaw posted the message on Koo – the made-in-India platform – but not on Twitter; the social media giant and the government have been fighting legal battles over compliance issues, with the company accused of deliberately flouting the rules. 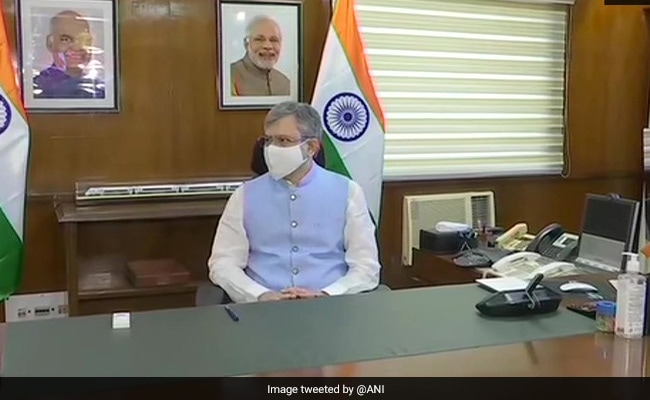 Last week Mr Vaishnaw – a technocrat drafted in, some believe, to amicably resolve the dispute – picked up where Mr Prasad left off, warning Twitter that “the law of the land is supreme”.

“Reviewed the implementation and compliance of Information Technology Rules, 2021 along with my colleague Shri Rajeev Chandrasekharji. These guidelines are empowering and protecting users and will ensure a safer and responsible social media ecosystem in India,” he wrote.

Twitter has been targeted by the government for failing to appoint a chief compliance officer within the time prescribed. Yesterday the company made an interim appointment, after it told the Delhi High Court last week told that a permanent appointee will be named within eight weeks.

The new IT rules are scheduled to come into effect on May 25.

Among other provisions, they require social media platforms (with over 50 lakh users), online news publishers and OTT platforms to appoint India-based grievance officers and follow government directives on take-down of “offensive” content.

Critics of the rules say they violate users’ right to privacy and freedom of expression.

News publishers also say the rules infringe on the freedom of the press, and are designed to allow the government a far tighter grip over online news content.

The rules have been challenged by Facebook-owned WhatsApp (which is required to break its USP – end-to-end encryption of users’ content – to comply with the rules) and several news publishers, including the country’s largest news agency – Press Trust of India.

Last week the News Broadcasters Association scored a temporary win after the Kerala High Court said no coercive action could be taken against its members over non-compliance with the new rules.

With input from PTI