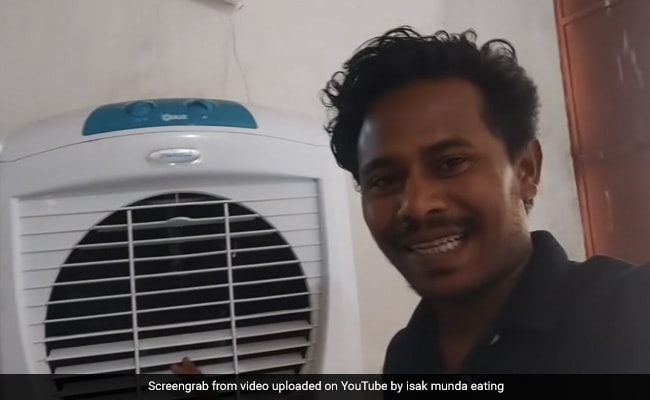 Isak Munda has a following of over 7 lakh on YouTube.

From watching YouTube videos to divert his mind from hunger to becoming a popular YouTuber himself, the story of Isak Munda’s rise to fame is nothing short of inspirational. Mr Munda, a tribal man from Odisha’s Sambalpur district, was once a daily wage labourer who only started making videos last year. According to News18, he decided to start making YouTube videos in March 2020 after work dried up due to lockdown.

Inspired by food bloggers, Mr Munda decided to make a video of himself eating boiled rice and curry. The video became a hit on the platform and has clocked in over half a million views till date. It shows the 35-year-old using his hands to eat a plate of rice, sambar, a tomato and green chillies. To make the video, Mr Munda first had to take a loan of Rs 3,000 to buy a smartphone.

“I had taken a loan of Rs 3,000 to buy my first little smartphone to make videos,” Isak Munda said. “I make videos about life in my poor household and village, showing what and how we eat. I am happy my videos are received so well by many. I am making a decent income now,” he added.

Isak Munda today has over 7 lakh YouTube subscribers on his channel ‘Isak Munda Eating’. Most of his videos show off local flavours and regional cuisine – simple, everyday food that has managed to turn the labourer into a lakhpati.

“In August 2020, I received Rs 5 lakh income from YouTube,” an elated Mr Munda told Odisha TV. “I have built a house with the money and bailed out my family from the financial crisis. I have also decided to extend help to needy people as per my capacity,” he said.

But Mr Munda’s only aim is not to make money from YouTube videos. “I want to create awareness among people about our local traditions and also the negative influences it is battling. I am happy to be no longer seeking daily-wage work as a labourer,” he said.

What Became Of Dilip Kumar’s Ancestral House In Peshawar?