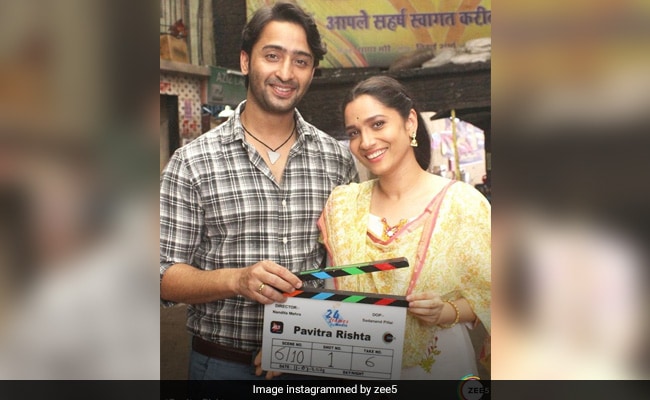 The audience will once again see the chemistry on Manav and Archana onscreen. Yes, we are talking about the new season of popular TV show Pavitra Rishta, which starred late actor Sushant Singh Rajput and Ankita Lokhande in the lead roles. The role of Manav Deshmukh is now played by actor Shaheer Sheikh and Ankita has reprised her role as Archana. Sushant Singh Rajput, who was found dead in Mumbai on June 14 last year, rose to fame as the lead on Pavitra Rishta, an Ekta Kapoor-produced soap opera that has returned for a new season. On Sunday evening, ALTBalaji – Ekta Kapoor’s digital platform – shared a few photos of Ankita Lokhande, Shaheer Sheikh, Usha Nadkarni (who played Savita Deshmukh), Asheema Vardaan and Randeep Rai from the first day of Pavitra Rishta 2‘s shoot.

Check it out here:

Ankita Lokhande also shared a couple of videos of herself from the sets of Pavitra Rishta 2. She can be seen holding the show’s clapboard in one clip while in another, she can be seen introducing her character Archana. Take a look:

Meanwhile, for all Sushant Singh Rajput fans, a montage of Pavitra Rishta memories featuring the late actor and Ankita Lokhande: