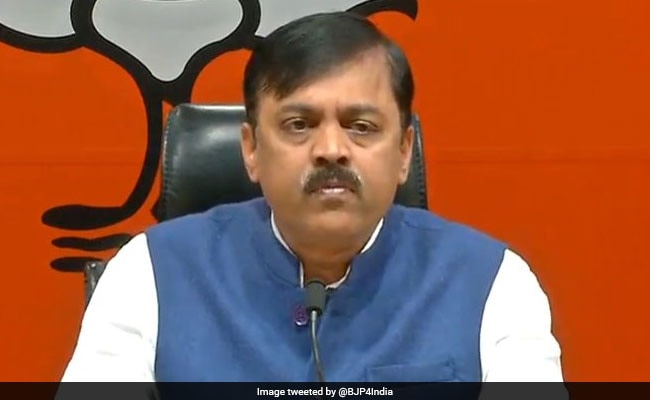 GVL Narasimha Rao said funds from the PD accounts were meant for use in emergency situations only. (File)

BJP’s Rajya Sabha member GVL Narasimha Rao on Tuesday demanded that an inquiry by the CBI, apart from a special audit by the Comptroller and Auditor General, be ordered into the personal deposit accounts being maintained by the Andhra Pradesh government.

In a letter to Governor Biswabhusan Harichandan, the MP noted that allegations of expenditure running into several thousand crores of Rupees in violation of rules were “very grave”.

“The CAG, in its latest report, pointed out that there is no transparency in spending public money and that the YSR Congress government spent over Rs 41,000 crore by placing them in personal deposit (PD) accounts.”

“There are glaring irregularities in the state financial management,” Narasimha Rao pointed out.

He said funds from the PD accounts were meant for use in emergency situations only.

“The PD accounts are not for parking huge funds and diverting them in contravention of rules. Expenditure of public funds should be in accordance with finance rules and transparent,” the MP remarked.

The Rajya Sabha member recalled that even during the previous TDP regime, more than Rs 53,000 crore was spent from PD accounts in violation of rules, as observed by the CAG in its 2016-17 report.

“The CAG reports established that over Rs 94,000 crore were spent by successive governments in an opaque manner through PD accounts.”

“As people are concerned over this illegitimate expenditure, there is every need for establishing the facts,” he added.

Narasimha Rao, hence, requested the Governor that a probe by the Central Bureau of Investigation and also a special audit by the CAG be ordered into the utilization of public funds.

Masaba Gupta Misses The Time When She “Didn’t Have Back Pain.” Mom Neena Has This To Say

Bride Charged For Travelling To Wedding Venue On Bonnet Of SUV: Pune Police