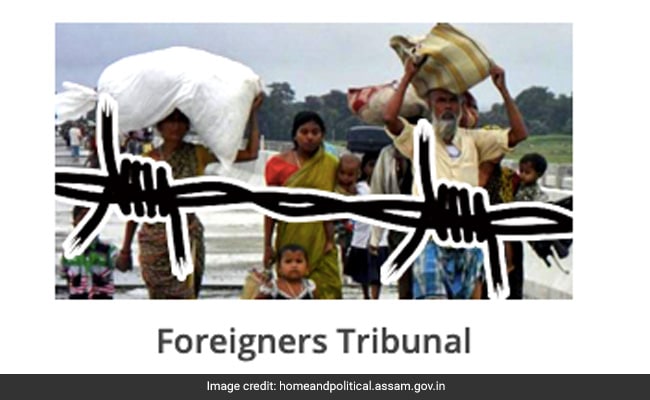 The photograph was clicked during the 2012 ethnic violence in Bodoland

Demands are being made for the removal of a photograph taken during the 2012 Bodoland violence from an Assam government website, with many saying that the manner in which it has been used shows “Indian citizens as foreigners”.

The All Assam Minority Students’ Union today submitted a memorandum to Chief Secretary Jishnu Barua, demanding the removal of the photograph from the website.

The photograph was clicked by photographer and journalist Abdul Maleque Ahmed during the 2012 ethnic violence in Bodoland. It shows a family, which was living in Bhawnipur village in Chirang district and had to flee and take refuge in a relief camp after the minority community was targeted.

The photograph has now been used to mark the “Foreigners Tribunal” section in the state Home and Political Department website.

Ibrahim Ali, whose family members are in the photograph, said its use for the “Foreigners Tribunal” section is similar to “branding them Bangladeshi”.

“During the ethnic violence in Bodoland in 2012, our family members fled from their home after their houses were burnt down. During their escape, a journalist took their picture and now the picture was used in the government website, branding them Bangladeshi. We are born and brought up in India and have all the documents. How could we be branded Bangladeshis? I appeal to the government to delete the picture from the website. This is a shameful thing for us,” he said.

Ibrahim Ali’s family had returned to their home in Chirang district after spending nine months at the relief camp.

During the 2012 ethnic violence in the Bodoland Territorial Area Districts, a large number of people, most of them from the minority community, had fled their homes to safety.

The photograph clicked by Abdul Maleque Ahmed shows a group of displaced men, women and toddlers carrying all they could pack before fleeing their homes. It had become one of the circulated photographs of the 2012 violence that left 100 people dead and about 4 lakh displaced.