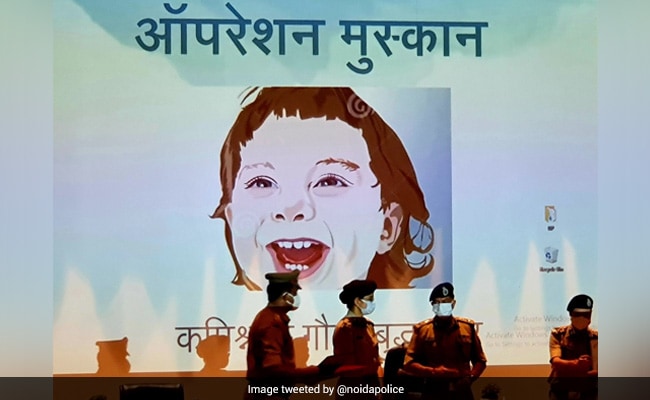 The police have reunited 78 children with their families in the past one month.

As many as 78 children languishing in shelter homes have been reunited with their families in a period of one month by the Noida Police as part of a special campaign, officials said on Saturday.

The statistics of “Operation Muskan” were shared during a programme at the headquarters of the Noida Police, with Commissioner Alok Singh and other senior officers participating in it.

“The one-month-long campaign started on June 20 during which a total of 78 children were reunited with their families,” a police spokesperson said.

“The campaign was driven by the anti-human trafficking unit (AHTU) under supervision of Additional Commissioner of Police (Headquarters) Pushpanjali Devi and DCP (Women and Child Safety) Vrinda Shukla,” the official said.

During the drive, the police officials involved in the campaign went across shelter homes, collected information from the children and efforts were made to trace their families, the spokesperson said.

The experts engaged by the police also counselled the children who had been staying at shelter homes ever since separating from their families, the official said.

Police chief Alok Singh lauded the team for the “big achievement” and assured commitment of the department in continuing efforts towards reuniting more such children with their families, according to an official statement.