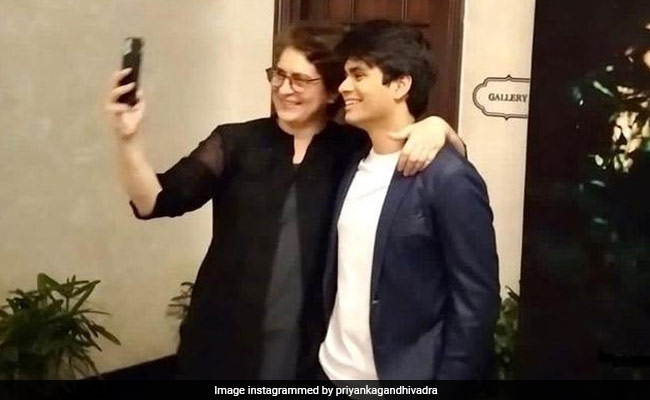 She shared two photos with her son, taken during the opening of the exhibit at Bikaner House. The third shows a banner designed for the photography exhibition.

The post has racked up nearly 10,000 ‘likes’ and a ton of comments from people congratulating Mr Vadra on the debut.

Raihan Rajiv Vadra is the son of Priyanka Gandhi Vadra and husband Robert Vadra. He’s a keen photographer whose page on Instagram has amassed over 12,000 followers.

In an interview with Open Magazine, Mr Vadra had revealed that his passion for photography began when he was just eight and spent time accompanying his mother to the jungles as she worked on her book, Ranthambhore: The Tiger’s Realm.

Ranthambore and its tigers, in fact, feature prominently in Mr Vadra’s own work. He had once called it his “favourite place” in an Instagram post.

In March, Mr Vadra had also shared a series of stunning tiger photographs taken during his trip to Ranthambore National Park last year.

“The Dhoti Kept Falling Off”: The “Only Issue” That Shah Rukh Khan Faced During Devdas Shoot