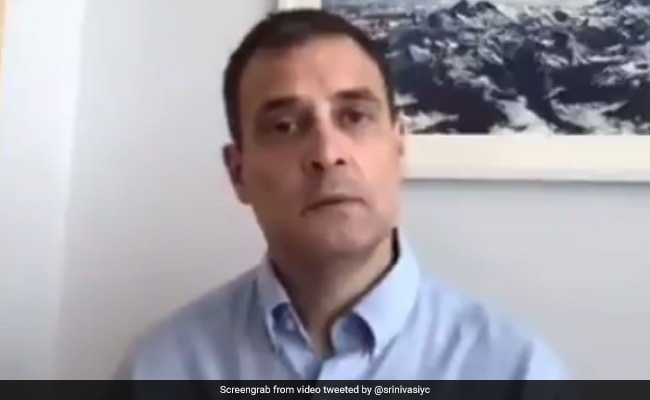 Congress leader Rahul Gandhi on Thursday took a dig at the BJP-led central government in an apparent reference to the income tax searches on the premises linked to Dainik Bhaskar media group and said “writing truth is enough to intimidate a weak government”.

“Writing the truth in ink on paper is enough to intimidate a weak government,” Rahul Gandhi said in a tweet.

Thirty-two premises, consisting of residential and business premises spread over the cities of Mumbai, Delhi, Bhopal, Indore, Jaipur, Korba, Noida, and Ahmedabad were covered by the Income Tax department during the searches, government sources said Thursday.

The sources said that searches were done under Section 132 of the Income Tax Act. Searches were carried out after analysis of the departmental database, “banking enquiries and other discrete enquiries”, they said.

Dainik Bhaskar Group has more than 100 companies including holding and subsidiary companies, the sources added. The flagship company is DB Corp Ltd, which publishes the news daily Dainik Bhaskar.

They said the group is involved in various sectors, major being media, power, textiles and real estate, with a group turnover of more than Rs 6,000 crore per year.

“Take Back My Words,” Meenakshi Lekhi Apologises For ‘Hooligans Not Farmers’ Remark