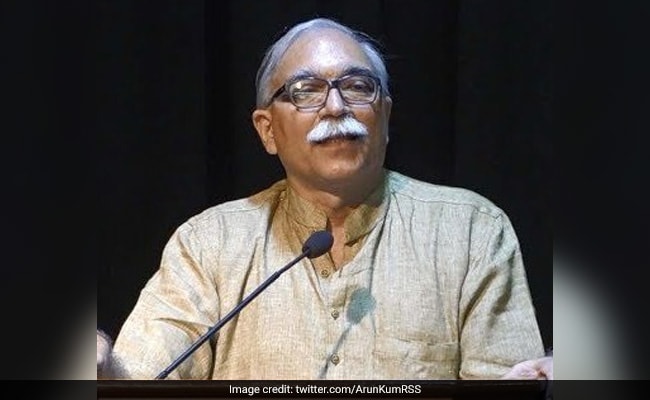 RSS joint general secretary Arun Kumar has also been appointed as the coordinator with BJP.

The Rashtriya Swayamsevak Sangh (RSS) on Sunday introduced a key organisational change by making its joint general secretary Arun Kumar the interface for political issues and also a coordinator with the BJP.

He replaced another joint general secretary Krishana Gopal who held the charge since 2015.

The change was announced in an ongoing meeting of RSS full-timers at Chitrakoot in Madhya Pradesh.

When contacted, RSS Prachar Pramukh Sunil Ambekar confirmed the development and said Arun Kumar will be the Sangh’s coordinator for political issues including with BJP.

He further said this is a routine exercise and the Sangh keep shifting its workers from one responsibility to another.

Earlier this year, the RSS had made a generational shift in its organisational structure by elevating Dattatreya Hosabale as general secretary and Arun Kumar along with Ramdatt Chakarddhar as joint general secretary.