She Always Dreamed Of Soaring Into Sky: Sirisha Bandla’s Grandfather 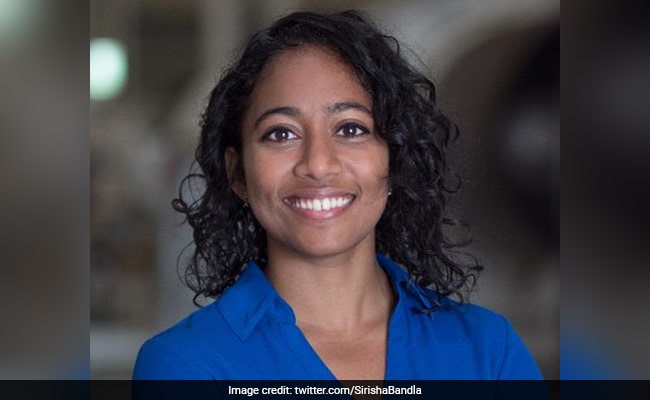 Sirisha Bandla is the first woman of Telugu origin to venture into space.

For Indian-American astronaut Sirisha Bandla, the sky was not the limit as her dreams always remained soaring into the galaxy.

Ms Bandla, a 34-year-old aeronautical engineer on Sunday joined British billionaire Richard Branson and four others on board Virgin Galactic’s SpaceShipTwo Unity to make a journey to the edge of space from the US state of New Mexico.

“As a child, her gaze was always perched on the sky, the stars, the aeroplanes and space. Such was her fascination that it ultimately led her into space and it is a great achievement for her,” her paternal grandfather Bandla Ragaiah said.

As a toddler, she was under Mr Ragaiah’s care in Hyderabad (in then undivided AP) as her parents settled in the US. For some time, she was also with her maternal grandparents at Chirala in Andhra Pradesh.

“We are very delighted that she fulfilled her dream and a long-felt desire. It’s a great achievement and we are proud of her,” Mr Ragaiah told PTI over phone on Monday.

Sirisha, the first woman of Telugu origin to venture into space, left for the US at the age of four, along with her elder sister Pratyusha to join their parents.

Her father Muralidhar is an agricultural scientist, like his father, and is now placed in the US Embassy in New Delhi.

“We are very happy that the Virgin Galactic flight into space was successful. What more can I say,” he remarked.

“It was a historic journey by the first Telugu girl Sirisha and third Indian-origin woman to head to space,” (after the late Kalpana Chawla and Sunita Williams), the Governor said in a message.

The Chief Minister, in a statement, said it was a proud moment for the state as the Guntur-born Ms Bandla flew on the spaceflight.

The trajectory of the 34-year-old aeronautical engineer has been amazing and reached great heights, he said and hoped it would propel her to higher orbits.

Ms Bandla had described her experience as “incredible” and “life-changing.”

“I am kind of still up there but it’s so glad to be here. I was trying to think about a better word than incredible, but that is the only word that can come to my mind… Seeing the view of Earth is so life-changing, but also the boost the rocket motor kicking in. The whole trip to space and back is just amazing”, Ms Bandla told the NBC News in an interview.

Ms Bandla described the moment as emotional and said, “I have been dreaming of going to space since I was young and literally it is a dream come true,” she said.

Plea In Supreme Court Next Week Over ”Islamophobic Posts” On Twitter