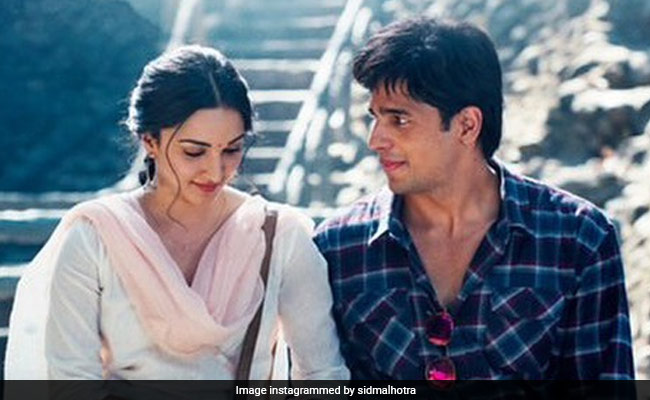 Makers of Sidharth Malhotra’s upcoming war-drama Shershaah, on Sunday, dropped a new poster of the movie giving us a glimpse of Sidharth Malhotra and Kiara Avdani’s romance in the film. In Shershaah, Sidharth plays the role of captain Vikram Batra, who died in the Kargil War and was honoured with the Param Vir Chakra posthumously. Kiara Advani, on the other hand, plays Sidharth’s spouse in the film. Sidharth Malhotra shared the new poster of Shershaah on Instagram. In the poster, we can see the duo holding hands. Kiara can be seen dressed in an elegant white suit, while Sidharth can be seen wearing a casual shirt. In the caption of the post, Sidharth Malhotra wrote about the “promises” that the characters of the film made to each other. “The best kind of promises are the ones that are kept, throughout time. This was, is and always will be one such,” he wrote in the caption of the post. Fans of the duo reacted to the new poster and dropped heart emojis in the comments section of the post.

Among others, actress Jacqueline Fernandez commented on the post and wrote: “Awesome Sid.”

Yesterday, Sidharth Malhotra had dropped the first look poster of his character from the film. The captures an over-the-shoulder shot of Sidharth Malhotra, who can be seen dressed in the Army uniform. “His dream was no different, but his story is like no other,” he wrote in the caption of the post.

Take a look at the poster here:

Directed by Vishnuvardhan, Shershaah has been produced by Karan Johar’s Dharma Productions. The film that was earlier scheduled to open in theatres will now release on Amazon Prime Video. The film will begin streaming on the OTT platform from August 12.

Pic From Amitabh Bachchan’s Look Test For 1971 Film. He “Actually Got Selected”