Stock Limits On Pulses Not Removed, Being Enforced, Says Government 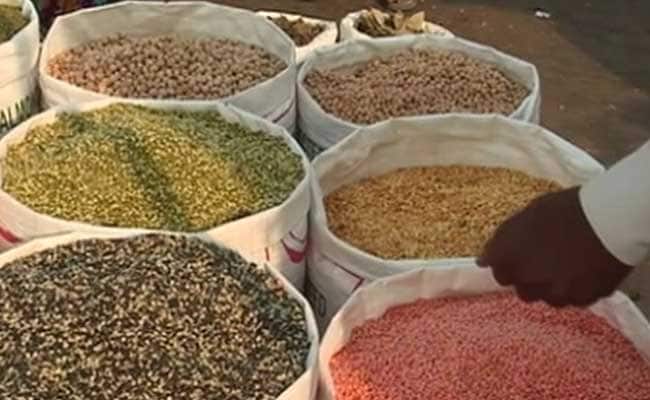 States have been asked to take strict action against those violating the stock limits. (Representational)

The government on Wednesday clarified that it has not removed stock limits imposed on pulses since July 2 to control prices.

“There is a Whatsapp message being circulated that stock limits on pulses have been removed. In this regard it is clarified that Stock limits imposed on Pulses vide Order dated 2.7.2021 have not been removed and are being enforced,” an official statement said.

Speculation may please be avoided. And wrong news be withdrawn in case circulated, it said.

The government said it is closely monitoring the implementation of these Orders by the state governments.

The central government has also shared information with the States about mismatch between the stocks declared by the stockists on the portal developed by Department of Consumer Affairs and loans taken from the Bank for pulses stocks or the quantity imported by importers, it added.

According to statement, states have been asked to take strict action against all those violating the stock limits. To prevent hoarding and check price rise, the Centre had on July 2 imposed stock limits on all pulses except moong held by wholesalers, retailers, importers and millers till October.

Delta Plus Covid Variant Unlikely To Be More Transmissible Than Delta: Government Panel