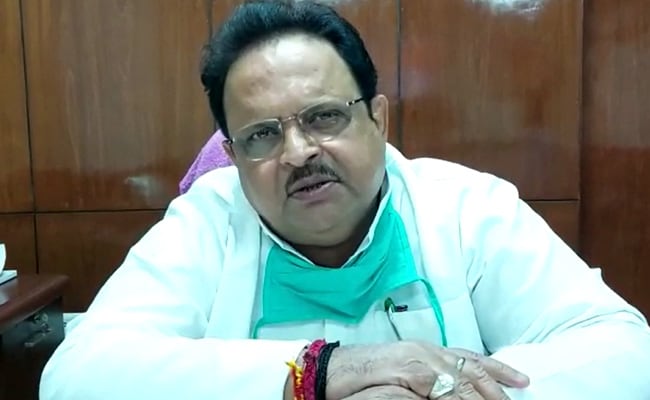 For Congress, Raghu Sharma’s comments are awkward when many of its leaders have criticized the laws.

In the midst of a controversy over population control laws proposed in BJP-ruled Uttar Pradesh and Assam, a minister in the Rajasthan Congress government has backed the idea.

Rajasthan Health Minister Raghu Sharma said today that he believed it was time for the country to think about controlling its population.

“Growing population is a problem. The country has to think about controlling it so that future generations can have a better life. It is time for ‘Hum Doh, Hamare Ek’ (we both and one child),” Dr Sharma was quoted as saying by news agency ANI.

Sources in Chief Minister Ashok Gehlot’s office said: “This is not the Rajasthan government’s stand.”

“I have said this earlier too, on many platforms,” the minister told NDTV, insisting that this was his personal view.

The minister also said he had spoken in the context of Rajasthan, which has had a population control law for over two decades, enforced by the Bhairon Singh Shekhawat-led BJP government in 1995.

For Congress, Dr Sharma’s comments are awkward when many of its leaders have criticized the laws drafted by UP and Assam.

Assam has proposed a two-child policy in state-run welfare schemes through a law that would make only those with up to two children eligible for government jobs and welfare schemes.

Assam’s Chief Minister Himanta Biswa Sarma even said it could be the only way to tackle poverty and illiteracy among the state’s Muslim minority.

The bill also provides incentives to those who have two children.

Rival parties have called it a political move, with the Congress and Samajwadi Party in UP accusing Chief Minister Yogi Adityanath of bringing in a divisive policy to target one community.

Critics also point at the start contrast between the BJP’s population control push and the Centre’s submission before the Supreme Court in 2020. It said India, as a signatory to the International Conference on Population and Development in 1994,  “is unequivocally against coercion in family planning”.

“Family Welfare Programme in India is voluntary in nature, which enables couples to decide size of their family and adopt family planning methods… without any compulsion,” the Centre had said.

Woman’s Right To Property Can’t Be Relinquished Based On Affidavit: Court