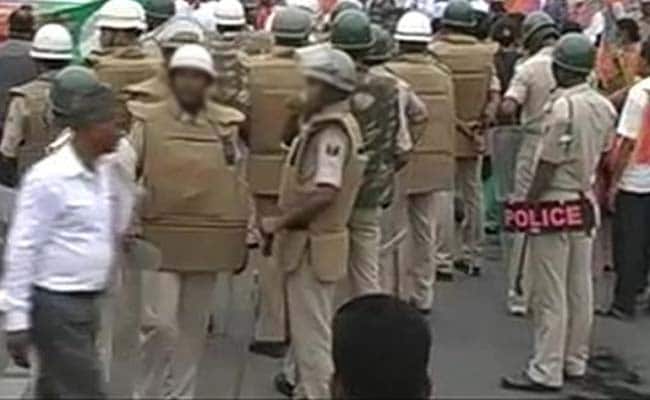 A woman constable died after being run over by a vehicle in Bihar’s Jehanabad while trying to quell a crowd of angry people – protesting against a custodial death – took to heavy stone-throwing and firing in the air, injuring many police personnel.

The busy Jehanabad-Arwal highway in the state remained jammed for hours due to the trouble that erupted, Sub Divisional Police Officer (SDPO) of Jehanabad Ashok Kumar Pandey said.

“The people were furious over the death of Govind Manjhi who was arrested some time back for trading in liquor. He had been remanded to judicial custody and lodged at a jail in the adjoining Aurangabad district”, he said.

Notably, the sale and consumption of liquor are completely banned in Bihar where the Nitish Kumar government had brought in a stringent prohibition law six years ago.

“Gopal Manjhi died in jail on Friday. As the news reached Jehanabad, residents of his village squatted on the highway blaming the death on physical torture. When a police party tried to assuage them, they became violent”, said Mr Pandey.

The SDPO said Constable Kanti Devi “was hit by a vehicle while she was engaged in the operation and she died from the injuries while being rushed to a hospital”.

“The agitators indulged in heavy stone-throwing and fired a few shots from unlicensed firearms. Many cops have been injured. We have arrested five people in this connection. A heavy deployment of police is in place to keep the situation under control”. said Mr Pandey.