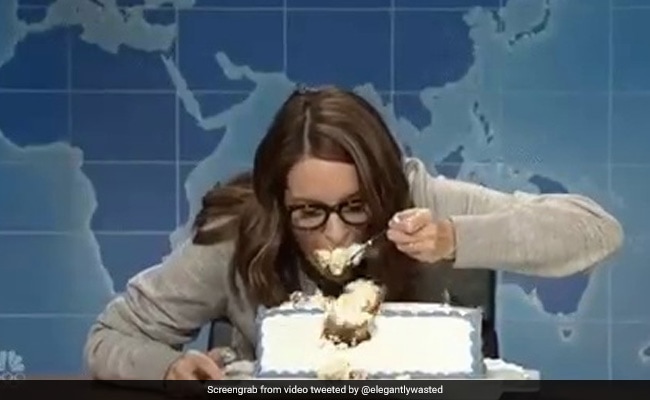 Online food delivery service provider Zomato’s Initial Public Offering (IPO) worth Rs 9,375 crore opened for subscription today. The restaurant aggregator and review platform’s public issue remains for three days, till July 16. The Zomato shares are likely to be listed on the Bombay Stock Exchange (BSE) and National Stock Exchange (NSE) on July 27. However, one of the most talked-about IPOs is also creating instant viral moments on social media. This morning, there was palpable excitement about the Zomato IPO on Twitter. While some posted hilarious memes, others cracked jokes at Zerodha, the platform handling IPO.

Deepinder Goyal, the founder of Zomato, tweeted that he had “ordered a triple breakfast” and was “stress eating”.

Soon, the official Twitter handle of Zomato, too, dropped a witty one-liner, where expressed nervous excitement.

The post on the Zomato handle read, “Mereko to aisa dhak dhak horela hai”. This line had become popular from the Hera Pheri movie franchise.

Not willing to be left behind, the official Twitter handle of Kotak Securities, too, joined in. “Chill karo, humare saath subah ki chaIPO”, read the tweet on its official handle. One can apply for the Zomato IPO on the Kotak Securities’ platform.

Joining in the banter, this user, for example, posted this meme and wrote: “Hey @zerodhaonline. I heard your servers are having a hard time handing Zomato IPO.”

Commenting on the music that accompanies the Zomato advertisement on YouTube, another user wrote: “I will only apply #zomatoipo if they stop “dum dum payal payal” ad song on YouTube. Please @zomato.”

I will only apply #zomatoipo if they stop “dum dum payal payal” ad song on YouTube.

Another user made a reference to the movie Phir Hera Pheri, with this funny GIF.

This bureaucrat went on to say that it was easier to clear UPSC than getting an IPO allotment.

It is easier to clear UPSC than to get an IPO allotment.#ZomatoIPO

Here are a few more reactions to the Zomato IPO:

Just us patiently waiting for the #ZomatoIPO to go live.#Upstox#StartKarkeDekhopic.twitter.com/IKEO6ovLlw

#zomatoipo
Companies everytime you apply for ipo allotment but didn’t allot you pic.twitter.com/KQJc10lFLw

Meanwhile my bank balance to me #ZomatoIPOpic.twitter.com/TbU73jmHaM

Agencies pitching for #ZomatoIPO Topicals to clients as soon as it started [email protected]_Samosa#AgencyLifepic.twitter.com/HJYsxpXRs9

There were also a few memes involving Zomato’s competitor, Swiggy.

Zomato is bringing its IPO.

Interested investors also have the option of buying Zomato shares in lots, each of which consists of 195 shares. A retail investor is not allowed to bid for more than 13 lots.