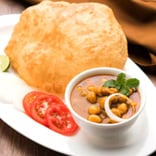 Zomato’s Rs 9,375 crore initial public offering (IPO) opens for subscription today i.e. July 14. The restaurant aggregator and food delivery company’s public issue will remain open for three days, until July 16, and shares will be offered in the price band of Rs 72-76 per share. The Zomato IPO is likely to pave the way for other digital economy companies to take the public route, with the likes of unicorns such as Flipkart, Paytm and Ola waiting in the wings. The shares of Zomato are likely to be listed on the BSE and NSE on July 27.

Retail applicants can bid for a minimum one lot of 195 shares and in multiples thereof, extending up to a maximum of 13 lots. Zomato will utilise the IPO proceeds to fund its organic and inorganic growth initiatives and for general corporate purposes.

Zomato was incorporated in 2008. Backed by China’s Ant Group, Zomato is one of the most prominent startups in the country today and also has a presence in 24 countries overseas.

The Zomato IPO will be the second largest share sale after the Rs 10,355 crore IPO from SBI Cards and Payment Services last year. It will also be the first Indian mega startup to go public.